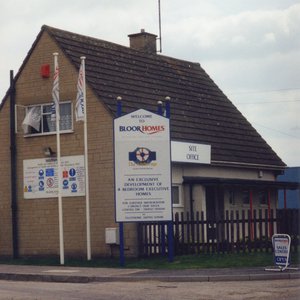 High levels of environmental noise from nearby industrial premises affecting over 18 acres of mixed brown-field and farmland had caused the planners to assess the site as unsuitable for housing. However, as the City Council was aware of our expertise in industrial and fan noise control and they suggested that the Planning Consultants contact us for a second opinion to see if there was a solution.

The developers then paid for us to both evaluate the noise control options and to design permanent solutions (including our Quiet Fan noise control technology for the problem fans) that could be implemented at each of the 4 companies involved. The companies themselves were extremely happy with the process as they had all had previous noise complaints that were now resolved. Moreover, the noise mitigation measures permanently eliminated the environmental noise problem which allowed the "planning blight" to be lifted. Consequently, planning consent was granted for 200 properties to be built on a site previously considered too noisy for housing (making it now worth £millions) at a cost to the developers of less than £45k.